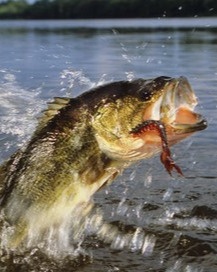 Bernie Parsons (65) of Springfield Township, passed away September 29, 2022.  He was raised in Springfield by Raymond and Viola Parsons.  He never desired to live anywhere else.  He was proud of his Native American heritage and his favorite sports team, the Cleveland Indians.  He loved most animals and had variety of pets during his life.  Three times he nurtured raccoon orphans until they were ready to live on their own.  He was preceded in death by his twin, Rick; sisters Nancy Frymier (John), Robin Labonte and Terri Heath.  He will be missed by his parents; wife of 38 years, Nancy; children, David Parsons (Nicole) of St. Joseph, Missouri, B.J. Peveler, Eva Norman; stepson, Scott Galloway (Melissa); grandchildren, Finagin, Seamus, and Liall Bernard Parsons, and Henry and Whitney Galloway.  A private memorial service will be held for the family at a later date.  Arrangements entrusted to Adams Mason Funeral Home (330) 535-9186

To order memorial trees or send flowers to the family in memory of Bernard Parsons, please visit our flower store.