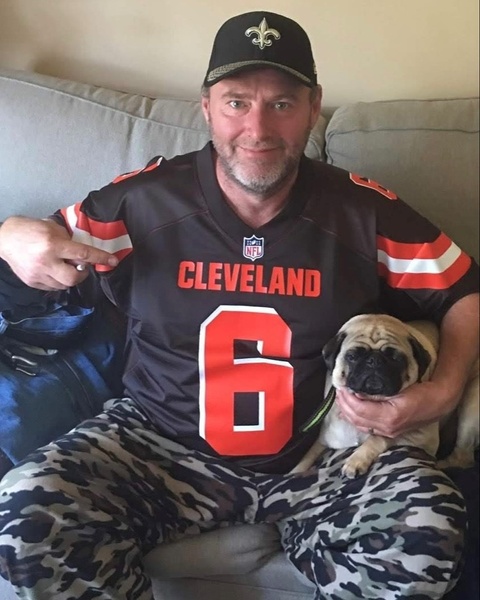 David Wayne Singer, 52, Canton, Ohio passed away after a bout of cancer. His caregivers from community hospice and his girlfriend, caregiver Laura Piros. Were attending to him on September 20th, 2022. When he passed away at home.
He was born in Ravenna, Ohio to the late Daniel Lee Singer, Sr. and Edythe (nee) Thomas, Rader, Kline, Taylor. He graduated from Rootstown High School in 1989. He started working at age 15 at Chicken Manor in Kent. He worked for several trucking companies and was with USF Holland when he passed away.
He was preceded in death by his father Daniel Lee Singer, Sr., his wife Meredith (nee) McCartney, and premature infant daughter Caroline Nicole, and his sister Dannilee McGunigal.
He is survived by his sister Brenda Lee (nee) Singer, Hillegas, Barnhart, and brothers Daniel Lee Singer, Jr. and John R. Rader and his mother Edythe Taylor and his nieces, Amanda Hillegas and Madylin Ditto, his nephews Glen (Rachel) Hillegas, David Lee McGunigal, A.J. Turner, and Ben Barnhart. As well as many stepbrothers and stepsisters and extended family.
The family is having a Celebration of Life at the American Legion Post 281 for family and friends on Sunday, October 9, 2022 at 3:00 pm. 1601 Front Street, Cuyahoga Falls, Ohio 44221. Please wear your Ohio State/ Cleveland Browns attire if possible. We are looking forward to seeing everyone and Celebrating David Wayne Singer life with all of you. In lieu of flowers please make donations to St. Jude’s Hospital.

To order memorial trees or send flowers to the family in memory of David W Singer, please visit our flower store.