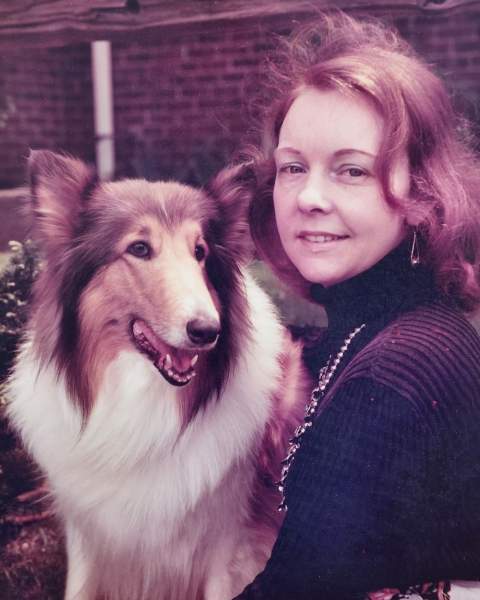 Hand delivered by a local florist

Sara S. Garman, 81, of Stow, Ohio passed away October 26th, 2022. She was born September 7th, 1941, in Middletown, Ohio, the daughter of the late William H. Mason Jr. and Faye Carr Mason. Sara was active in the Eastern Star Rainbow Girls and in all girl scouts. She graduated from Middletown High School in 1959, and in the same year married Robert Egelston. Together they raised two sons: Robert Raymond Egelston and Timothy Mason Egelston. She enjoyed being a den mother with her two boys and was active in camping, hiking, and exploring. She continued her school at Kent State where she earned her LPN and started working at Middletown Hospital. Sara retired in 2008. She had a passion for crafting and for collies. She taught dog obedience school for 10 years. She will be remembered for her love of collies and crafting. In addition to her parents, she was preceded in death by her son Timothy Egelston and her husband Robert Egelston, and husband Jerry Garman. Sara is survived by her son Robert Raymond Egelston (Amanda), granddaughter Jackie McDonald (Tony), great grandchildren Braxton Parker, and Wyatt, Journey, and Paige McDonald. A service for Sara will be held in Middletown Ohio, no set date as of yet.

To order memorial trees or send flowers to the family in memory of Sara S. Garman, please visit our flower store.