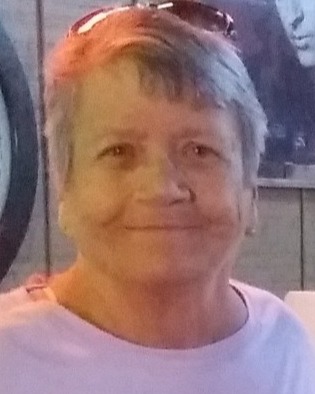 Hand delivered by a local florist

Sharon had an interesting beginning. She was born Sharon Lee Grahm, birthed to Walter Grahm and Florence Leslie. At the age of two, Sharon was adopted by her life parents Edward Krouser and Laura Jean. She grew up on the east side of Cleveland in the lakeshore area. She attended Memorial Elementary, St. John's Lutheran, where she forged her faith in God, and later graduating from Collinwood High School in 1964.

Sharon moved to a new home church at Emmanuel Presbyterian. She later met her husband of 55 years, William Arthur Lint of Mather, PA on September 23, 1967, on a blind date set by his sister. They would marry 3 months later in her church on December 30, 1967. He said, "He knew she was the one". Of that union they would have four daughters: Malissa (Thomas) Rice of Brownsville, PA, Karen Lint of Cleveland, OH, Traci Lint of Garfield Heights, OH, and Kelly Lint of Cleveland, OH.

Sharon didn't work much while the girls were growing up, mostly food service jobs. She felt her most important job was being a mother and a wife. During this time, she also became an active member of the Girls Scouts of America. In 1975 William and Sharon became members of The Reorganized Church of Latter-Day Saints (now Community of Christ) where they raised their daughters, also where she remained strong in her faith until the day she left her physical body.

Sharon fought a long battle with health issues but made her peace with God. She leaves behind her husband, William Arthur Lint; her girls Malissa Rice, Karen Lint, Traci Lint, and Kelly Lint; 11 grandchildren; 6 great-grandchildren; and a host of family and friends.

To order memorial trees or send flowers to the family in memory of Sharon Lee Lint, please visit our flower store.